As every year, SAINT HONORE PARIS will once again be present at the Rallye Aïcha des Gazelles du Maroc. The race’s 29th edition promises to be as thrilling as previous years! 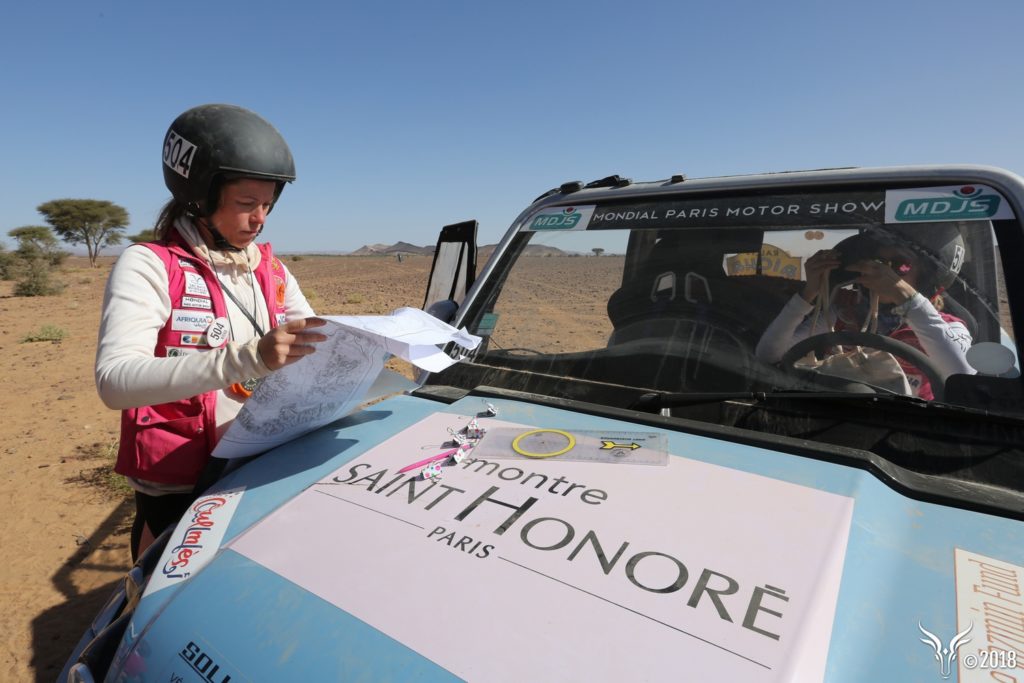 A long history binds the watchmaking brand to the Rallye Aïcha des Gazelles du Maroc, and this year marks the 7th race it takes part in. Privileged partner for years, SAINT HONORE has had the honor of offering watches to all winning team since the beginning of this alliance. From 2013, several SAINT HONORE crews have been at the starting line of this race and the brand continues to sponsor “Gazelles”.

Precision, self-surpassing and team spirit are an integral part of this challenge; values which SAINT HONORE shares and which brought the two names together.

The Rallye des Gazelles,
an out of the ordinary race

As an off-road rally raid for women only, it succeeded in making a name for itself among car racing events. Since 1990, it gathers crews from the world over in the Moroccan desert, whether they are amateur or professional participants.

During this rally, it is not about speed but more about agility. The “Gazelles”, as participants are called, need to drive the shortest distance while reaching predefined checkpoints. They only have a compass and a map at their disposal, which they need to analyse every morning in order to plan their itinerary. It is harder than it looks, since they need to anticipate the field, obstacles or even cope with technical issues.

Last but not least, it is also a responsible event. Its association Cœur de Gazelles organizes an itinerant caravan which goes from village to village while Gazelles are in the desert. It provides locals with medical consultations from doctors and specialists throughout the duration of the race.

Most of the “Gazelles” do not come empty-handed either, and this caravan takes care of distributing their donations.

SAINT HONORE’s team on this 29th edition of the rally

In 2019, a familiar face will be at the starting line of the race. Kiera Chaplin, grand-daughter of Charlie Chaplin and ambassador of SAINT HONORE since 2018, is part of the team which the brand sponsors. Model and actress, the young woman is also an achiever: she is about to tackle the dunes for the 3rd time already.

Kiera will team up with Sophie Tapie. The singer releases her single “We Love” this year. You might also have seen her in movies, plays as well as on TV. She is not afraid to take risks; she says the challenge motivated her to take part in the race.

A multi-talented crew whom we will have the pleasure to follow during the rally!

Follow-us at any time.